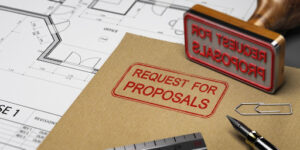 There are 4 key traits that a surety company, like BearStar Insurance, looks for when it comes to the character of a contractor and, more specifically, as it relates to contractor surety bond placement and the ongoing relationship with the surety company. These 4 hidden keys are honesty, transparency, integrity, and cooperation.

The first trait probably goes without saying. However, even though it might seem obvious, it’s surprising how often a contractor (or any other business person for that matter) is tempted to withhold, hide, or candy-coat the truth in an effort to avoid short-term discomfort or near-term trouble. It’s easy to hope that the problem will simply go away on its own or that the problem can be solved without having to involve the surety bond company. The net result could be disastrous, however, and what might start out as a relatively minor problem on one particular bonded job can turn into a major difficulty that could very well affect several others.

The best course of action, more often than not, is to be honest when a bonded job starts to significantly go sideways. Be protected with business insurance and involve the surety company early – ideally as soon as you recognize that a job is getting out of control or going off the rails. We’re not saying that you should inform the surety company of every minor hiccup on a bonded project; with this in mind, we trust that you have the savvy, the knowledge, and the expertise to know when a bonded job is really starting to unravel. Being upfront and honest about the progress of a bonded project, however, will allow the surety company to determine when, how, if, or whether they need to get involved and how aggressively they might need to do so. It’s especially important to advise them of any cure notices or ‘saber-rattling’ that might come from the owner, the GC, or the CM. These early warning signs need to be addressed relatively quickly to avoid more serious consequences, like contract termination, further down the road.

Transparency closely follows honesty, and, as such, it might appear rather redundant. However, we believe it is worth re-emphasizing how important it is to be forthcoming, open, and transparent when dealing with the surety company. It is far better to tell them too much than not enough, especially when a potential problem is developing on a given bonded project. The sooner the surety company becomes involved, the better. If you think of them as a partner and not as an adversary, the relationship will be much healthier, much more productive, and much more profitable in the end. For you, sometimes it’s just nice to know that you have a strong financial partner in your corner if things take a turn for the worse and the specter of litigation begins to loom largely on the horizon. Transparency and open communication go hand-in-hand, and together they represent another key to success.

Integrity is an admirable trait and a noble characteristic that all of us sincerely hope we have. The problem is that we never know exactly how much of it we truly have until we are faced with an extremely difficult situation, one that might require significant personal and/or financial sacrifice. Some contractors believe that experiencing difficulties on a bonded project is the kiss of death. However, the true measure of a contractor’s character and integrity isn’t calculated by the loss itself, but rather by his response and his overall handling of the unfortunate situation. Even when a surety loss is actually paid out, the ultimate measure is determined by the contractor’s willingness and ability to make the surety company ‘whole’ again. Some of the best and most successful relationships between contractors and surety companies have been launched during and after an actual surety loss. The loss itself sometimes becomes a learning experience, and the relationship between the two parties can actually become fortified, strengthened, and more long-lasting as a result.

The last attribute that is worth noting is simple and perhaps rather obvious. It’s just good, old-fashioned cooperation. So many issues, difficulties, and conflicts can be avoided if the principle of cooperation is practiced and applied. It can be something as basic as providing financial information in a timely fashion, including work-in-progress reports and interim financial statements. It might be coordinating and setting up job walks or in-person get-togethers with your surety agent and the surety company. It might also be giving your surety agent – and hence the surety company – advanced notice and a substantial ’heads-up’ if you are considering the pursuit of a significantly large or unusual bonded project, one that might be greater in size or a little different in terms of its scope and parameters. The sooner you can get the surety company involved, the more likely the bonded project will ultimately be approved.

Cooperation is critical to any successful relationship, business or personal, and it might seem rather obvious to many. However, it’s imperative that it’s practiced consistently and regularly. Applying the common sense principle of cooperation can go a long way towards building strong, successful, and long-lasting surety relationships. Cooperation, honesty, transparency, and integrity are the 4 hidden keys to a contractor’s success and longevity in the world of surety bonding, and, when practiced routinely, they can substantially benefit your business, ensure your success, and enhance your longevity.

Looking for a Surety Bond Company in Irvine, California

Leveraging over 100 years of experience, BearStar Insurance agents have a deep understanding of what California business owners need – and don’t need – when it comes to their insurance coverage. From general business and workers’ compensation to independent contractors and cybersecurity, we work with some of the best carriers in the industry to provide you with custom-fitted, comprehensive surety bonds at the best possible price. We value the relationships we build with our clients; fill out this form to get started with you bond application or call us today at 949-979-5251 to speak with your local agent.

Let us be your commercial insurance partner.

Skip looking for policy documents, securely send us your current policy information to get a FASTER quote!